The National Association of Broadcasters (NAB) 2008 Show is now in full swing, stacked with an agenda that is heavy on digital technology, video, social media and the latest product innovations. But those are not the only things going on this year at NAB worth noting.

In an effort to expand its marketing reach, not only does NAB have a very active Show Blog up and running, but they also have a NAB Twitter feed that you can subscribe to. Whether you are at the show or not, these are great ways to stay informed about what is being discussed on the show floor and in the sessions. Since the 2008 Show takes over the entire Las Vegas Convention Center, and is expected to draw over 102,000 people – it’s safe to say that you can’t be every where you want to be. Using these tools should help keep you informed and improve your overall experience.

Another way to maximize your time at NAB is to get some insider knowledge. In fact, last week, I helped organize a Webinar that provided an “Insider’s” view of this year’s show, including perspectives from Chris Brown, NAB’s Executive VP of Conventions and Business Operations, Peggy Miles, President of Intervox, and also Gary Arlen, President of Arlen Communications and author of many books on digital media. Even though the Show is currently underway, I highly recommend you take a few moments when you have some down-time to view the Webinar and see what our expert panel recommends (http://www.bia.com/webinars). Of course, exactly how much down-time you will end up having in Las Vegas is probably pretty minimal, but it is worth a shot, right?

The other idea (and less time consuming) is that you can refer to Rick Ducey’s blog entry at BIA’s blog, Perspectives (click here to read). Rick is not only the Chief Strategy Officer for BIA, but he also has been named an official NAB Show blogger. In his post, Rick outlines his Top 5 things to get out of NAB.

Lastly, BIA has it’s own Twitter feed that allows you to receive updates from NAB, Peggy Miles, and BIA’s Rick Ducey, Mark O’Brien and Ed Czarnecki – all of whom are tweeting and blogging from the Show. The feed can be pulled into an RSS reader, if you want. The main url is: http://twitter.com/BIAfn.

I’ll post more about the Show as word trickles back to me. However, given the rapidly changing environment of the broadcast media industry, NAB is certainly stepping up and using social networks to its marketing advantage. 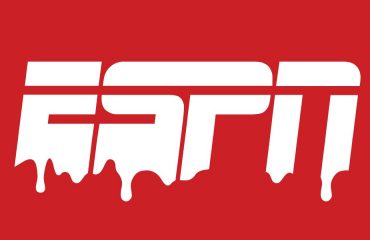