In a region more known for being the seat of the federal government and home to the Redskins, many companies are striving to be more innovative in developing technologies, solutions and best-practices that are environmentally sound, and conserve energy and resources.
The resulting emergence of companies increasingly focused on green IT and technology is starting to recast the region into a different mold – one of an incubator for businesses focused on renewable energy and more environmentally-sound technologies.

One company blazing the new trail is Power Loft. Nestled in Innovation Park in Prince William County, Virginia, Power Loft, a northern Virginia-based company that specializes in the development and ownership of high-density, high-security data centers, has built a facility that will not only allow for increased computing capacity, but uses 30% less electricity in the process.

In fact, Power Loft’s data center is expected to generate an annual environmental savings equivalent to 270,000 barrels of oil or enough electricity to power over 12,000 homes for one year.

“We wanted to do something different,” said James Coakley, Power Loft’s president and chief executive officer. “In every facility we’ve seen, the more you increased demand at the rack the more your non-IT and IT equipment compete for space, power and cooling.”

So, with that traditional data center challenge in mind, Coakley and his team set out to solve the scaling of IT systems and resources. Along the way they sought out best practices to reduce power demands from almost every industry imaginable, and worked to design a data center that is set to leave one of the best environmental footprints in the nation without sacrificing computing power.

In the end, Power Loft built a two-story complex that allows for high densities and incorporates numerous green technologies, from forced air cooling and water cooling, to state-of-the-art air ventilation systems and a green wall that scales the building to reduce the impact of outside temperatures. The design has garnered Power Loft numerous accolades, including the Northern Virginia Technology Council’s Green Award.

Such an accomplishment sets a new standard in data center development certain to be studied and replicated throughout the country. But the fact that such an environmental trend-setter has come from the metro-DC area and not out in the west coast or in Europe has helped raised the profile of Washington, DC as an emerging leader in environmental technologies and practices.

Stewart sees the strong technology base in the metro-DC region as an excellent launching pad for more green technologies and environmental-friendly business practices.

“I do agree that in many instances technology is driving a new consciousness for green strategy, for sustainability strategy and for responsibility strategy,” Stewart said, pointing out that a few area technology companies are now developing software to help businesses better measure their carbon footprint and implement more sustainable office policies.

One of the regional leaders in developing green business practices for their corporate operations has been CSC. Headquartered in Falls Church, Va., CSC is a global leader in providing technology-enabled solutions and services, and was credited with implementing corporate-wide efforts to reduce energy use and recycle waste and technology during the NVTC TechCelebration banquet. CSC, like Power Loft, also won a Green Award and has been recognized in other journals for its efforts.

Turtle Wings is another company that is striving to shift the traditional paradigm of how companies do business. Based in Capitol Heights, MD, Turtle Wings is a woman-owned business that helps companies reuse and recycle their electronics hardware.

According to Elizabeth Wilmot, president of Turtle Wings, “Green technology encompasses a total life-cycle of all equipment.” She notes that a lot of companies talk about recycling computer equipment and hardware, but said it is important for businesses to be diligent in their recycling efforts to ensure that the materials turned over are going to go back “into circulation or recycle it here in the United States.”

In addition to the many companies that have focused on local markets, corporate-wide efforts or strategic planning, Catch the Wind, a high technology company headquartered in Manassas, Virginia, is carrying the Washington, DC mantle across the country and overseas.

A developer and manufacturer of laser based wind sensor systems that help guide wind turbines, Catch the Wind is focused on developing technology to serve the wind power generation industry – a market strategy that gives it quite a powerful reach throughout the world.

“There are more than 80,000 1 mega watt, or larger, turbines globally,” David Samuels, chief financial officer for Catch the Wind noted. Samuels added, “We are looking at retrofit right now on older turbines as well as installing new systems.”

Many other area companies also have received accolades for their development of green technologies, as noted by the wide range of finalists in NVTC’s recent Green Awards.

As businesses recover from the current recession, all indicators are that technology, and more specifically – green technologies – are going to help lead the way. With a growing tech surge in the metropolitan Washington, DC region, this should mean more area businesses will end up growing green.

Tagged under: green IT, Power Loft 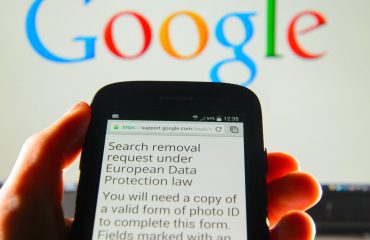 Right To Be Forgotten Should Be About Correcting Harm And Reputation Management, Not Restricting Speech