AOL Set to Stand on its Own and Unveil New Identity

Today marks the last day that AOL will have a corporate connection to Time Warner. The two companies officially separate on December 10 and a “new” AOL will emerge on the New York Stock Exchange listed as a separate company.

Over the last several weeks, AOL has been aggressively moving to put the merger with Time Warner behind them. To accomplish this AOL has partnered with Wolff Olins, a brand management consulting firm, to give the company a more creative image – one with expression. Though the official transfer of AOL’s logo occurs tomorrow, the new imagery was unveiled last month (click here to see AOL’s new brand identity video), and demonstrates that the company is setting out on a course to redefine itself as more of a unique media and global web services company.

As part of this process, AOL has announced layoffs of roughly 2,500 employees across all its divisions, and began hiring more journalists and media professionals to help build staff for its new content management platform and media properties.

One such hire occurred yesterday as Saul Hansell, a former technology reporter and editor for The New York Times, joined AOL. He will be programming director for AOL’s Seed.com, a content management platform expected to be launched this month. Hansell will work to leverage Seed’s content throughout AOL’s media platforms. Seed, which is a platform for freelance journalists, photographers and videographers, is designed to give AOL’s media properties more of an edge in displaying fresh and dynamic content – as opposed to relying on just internal staff to cover content production for all its units. Seed has a few thousand freelancers and determines payment terms and edits content.

More information about AOL’s new independence is expected over the coming days. Many industry observers will be watching Chairman and CEO, Tim Armstrong, who is speaking this afternoon at the UBS Global Media and Communications Conference at 12:00 noon, Eastern.  AOL is providing an audio webcast online at http://ir.aol.com. According to AOL, to listen to the live webcast, go to: http://ir.aol.com and click on the “UBS Global Media and Communications Conference” link under “Events and Presentations.”  AOL urges people to visit the site 15 minutes prior to ensure you can register and download any applicable software prior to Armstrong’s remarks.

This post also has appeared on the Local Media Blog at: http://blog.kelseygroup.com/index.php/2009/12/09/aol-set-to-stand-on-its-own-and-unveil-its-new-identity/ 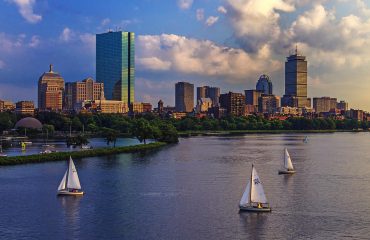