The slow death of the evening news

It is not news that traditional media has taken some hits over the last few years. Changing demographics, technology and interests have alerted the landscape on not just what people are looking for in terms of news, but also, where they are going to get it.

Granted, last year’s data does include coverage of the 2008 presidential election, perhaps one of the most significant moments in recent memory. However, the drop off does demonstrate that traditional networks need to do more to gain competitiveness with other forms of media and captivate audiences.

In places where this data has been released, it is extremely interesting to view the comments threads. A majority of posters believe that network and cable news programs are biased and largely rhetorical. Instead of providing information that is newsworthy or insightful, many believe news channels contain pure commentary. What this means for networks is that unless they specifically align themselves with a doctrine and build around securing a specific demographic, they are going to continue to lose share to other networks and providers.

The alternative to special interest stories, commentary and light news, which is what the traditional networks specialize in today, is to actually change their programming model to include robust news coverage or to stop being considered as a news source altogether. Either approach may seem like utter lunacy to the networks today, but as audience erosion continues and advertising dollars dry-up, the time experiment and make a new model work is now. 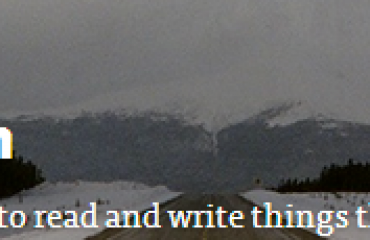