Companies are very fixated on the concept of loyalty. Loyalty, or faithfulness or devotion, is an emotional state that is extremely difficult to quantify. Instead of using the term “loyalty” we should be using the term “habit” and measuring the habitual response of consumers.

This ties into big data and market intelligence.

Companies need market intelligence but they also need strategies to help identify habit-forming moments in their target demographics as well as how to help form habits with consumers when those opportunities present themselves. The reason being is that a majority of consumer behavior is driven by habit – right around, if not more than 50%. It is much higher, for example, in women over 40 (75% of women form buying habits to 49% of men). This means that a majority of purchases are made through subconscious habits, which make it harder for alternative habits to form (or in other words, for alternative products and services to break in and win over a consumer).

Thinking on the consumer side (though this can be applied to B2B and B2G offerings), if consumer product manufacturers and/or retailers can identify the moments when new habits can be formed and target consumers at those times, they will establish longer-term customer relationships.

If you are depending on people to make a conscious decision to change their habit, then you need some kind of trigger or consumer pain. Great salesmen are very skilled at identifying pain points. But from a data perspective, think about how a company’s aggressive data collection of a competitor’s online reputation can yield a trigger for a change in consumer behavior? If you know a product or service is not performing well, you can target solutions and try to force a change in habit. This is using data to be disruptive to existing habits and create new ones.

Looking at it from the consumer side – say you are supermarket and you knew that a man was waking up every day at 5 am for a swim workout. You could use geotargeting through a mobile device to identify healthy ways that person could recharge and send them a personalized deal set. The daily deal concept for example, which is strictly price driven and not habit-forming, gets turned on its head because now the merchant has access to a habit forming moment and can use target deals to hook the consumer and then build the habit going forward. Instead of a one-deal for all, you are now using technology to identify consumer habits and create new habits going forward.

With the growth of data collection allowing companies to measure virtually every moment of our lives, there is no reason why companies should be offering cookie-cutter deals or why as consumers we should accept them. 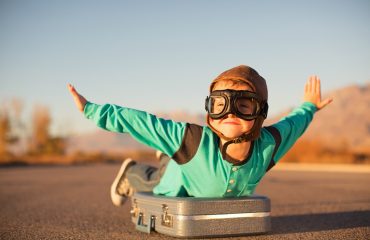 The world is but a canvas to our imagination