When it comes to teenagers dropping out of high school, I think it is worth opening with the good news.

For starters, the dropout rate has declined from 12 percent in 1990 to approximately 7 percent in 2012. The improvement has been fairly proportional between females and males, which also is positive.

But perhaps best of all is that the dropout rate for black students declined from 13 to 8 percent, and Hispanic students went from a 32 percent dropout rate to 13 percent over that same time period.

Now for the sobering reality.

The likelihood a person who drops out of high school will commit and be convicted of a crime also rises. According to statistics, 75 percent of all crime in the US is committed by people without a high school diploma. In one study conducted by mayors in the state of Arizona, which has some of the nations most disengaged students, high school drop outs were estimated to cost the state “$1.7 billion in crime-related expenses” over their lifetimes. The cost in welfare was significantly lower at $26 million.

Perhaps one of the most shocking statistics that I have come across is that while teenagers drop out of high schools all across the country, there are approximately 2,000 schools that graduate less than 60 percent of their young people. These 2,000 schools are responsible for 50 percent (that’s right, half!) of all students who leave school every year.

Imagine the psychological impact on a teenager knowing that four or five out of every ten people in his or her class has no realistic chance to go to college or have a high paying job? Imagine hanging out with your friends on the weekends and realizing that in the years ahead some of these people will likely end up getting arrested or spend part of their lives in prison? Most of us could not even begin to comprehend that kind of a world, let alone the negative influence such a reality would have on our daily lives and attention to school.

It should not be surprising then to see what some of the biggest factors are for students that do not complete high school.

Over 60 percent of students who drop out of high school say that school is not relevant to their lives. For them the curriculum has no bearing on how they see their future. Others cite the school or learning environment to be non-supportive. These kids are surrounded by poor achievement, crumbling buildings, crime and out-date text books. It’s completely natural to experience that environment and ask, “If my education is irrelevant to everyone else, why should I see it as relevant to me?”

Poverty, pregnancy, and other life challenges are other strong reasons.

Teens that have to get a job to support their family often think that they can complete high school at a later date, but rarely do. Girls who become pregnant also take time off from their education and struggle to go back and complete their education. The lack of support these young women receive often forces them to choose between working to provide basic necessities for their child or going to school. What would you do?

Another significant factor is drug and alcohol abuse, which is one of the top three reasons teenagers drop out of high school. It goes without saying that a person who is using drugs or addicted to drugs and alcohol is not in a state of mind to complete the necessary coursework and graduate high school.

Lastly, physical challenges (home-bound students) and mental illness also play a deciding factor in whether or not students drop out of school. Unfortunately, many kids have physical disabilities or special needs that prevent them from actively participating in a school. While some schools have the resources to mainstream students, others do not. What are these kids going to do?

And while physical disabilities are an obstacle, mental illness and emotional challenges are another significant barrier, because they often go unseen and untreated. Depression, attention challenges, learning disabilities, abuse and more can be missed by teachers, counselors and administrators, as well as parents.

The nature of bullying has changed from when many of us went to school. It’s no longer the big school-yard boy stealing lunch money. Now we have cyberbullying, physical and psychological intimidation, and social stigmatization exerted by others.

Bullying can happen anywhere and to anyone, and be caused by anyone. It is difficult to prevent, because targets for bullying can range from socially awkward students, to kids of different races, sexual orientation and other backgrounds. What’s more, it can happen in the classroom, hallways and cafeteria as well as in chat rooms and on social networks. There is no environment or person who is more prone than others. Worst of all, the psychological impact is often very devastating with students seeking to either drop out or transfer from school. For some students, being the victim of bullying forces them to even more extreme alternatives like suicide.

What can we do to turn this around?

The subject of drop-out prevention has been raised by many people and experts over the years. Here are some suggestions to help continue the progress that has been made:

How can we prevent teenagers from dropping out of high school?

While we do have a great many societal challenges, education continues to rank as a lower priority for most Americans. In fact, since 2008, 29 states have cut per-pupil spending and shifted the financial burdens to cash-strapped localities. The federal government also has cut spending by 10 percent on programs for low-income families—at a time when our government is collecting record levels of tax revenue and seems to have no problem running budget deficits in the hundreds of billions. While government spending is not necessarily an indicator of bad educational policy (eliminating wasteful spending or ineffective programs is important and something I readily support), reducing the resources for states and localities to reach students with alternatives is not going to help improve educational outcomes and continue to reduce drop-out rates.

As we move forward, companies like K12, Khan Academy and others do provide the infrastructure, courses and in some cases—certified teachers necessary to connect with many of these kids who are at-risk of dropping out.

However, if we want to be serious about education reform and dramatically reducing the number of teenagers who drop out of school, we need to be as open-minded as possible about the tools, solutions and services we provide to our teachers and our young people.

Perhaps most importantly, we need to be as active as possible and produce programs and services that at-risk teens can clearly and easily see and use. The more tangible interest we take in our young people, the better they will respond.

[This post originally appeared in Learning Liftoff on February 4, 2015] 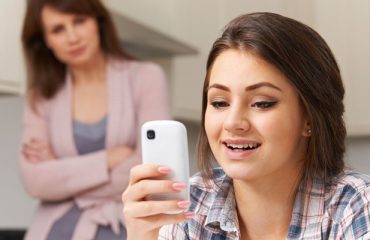 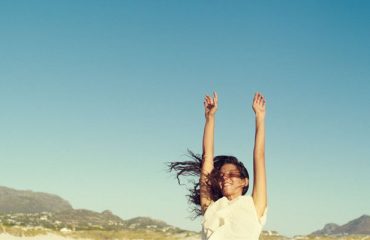 7 Tips For How to Motivate Teenagers