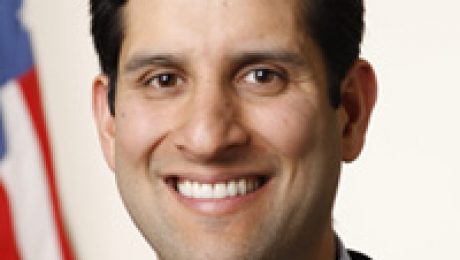 According to a report in POLITICO this morning, Vivek Kundra, the first official Federal CIO and principle architect of the government’s technology strategy, is expected to leave the White House in August.

Considered by many as an innovative leader who has pushed government agencies towards cloud computing / virtualization, creating better online experiences for citizens and shifting government to be more innovative, Kundra’s departure would be a significant loss for the Obama administration.

Prior to joining the administration, Kundra was the CTO for the District of Columbia, and Assistant Secretary of Commerce and Technology under Virginia Governor Tim Kaine.

The report of his departure suggests he is leaving the administration for a position at Harvard, but his exact role remains unclear.

So, what does Gov 2.0 mean to a government contractor? What does it mean to the government?

What do you think defines Gov 2.0?

So, what is Gov 2.0 mean to a government contractor? What does it mean to the government?

In a very compact and detailed exploration of Gov 2.0, FedScoop’s FedTalks 2010 dove into the web 2.0 and cloud initiatives government agencies are deploying to meet actual needs and improve productivity and service value. The one-day conference, held in Washington, DC’s Shakespeare Theater, focused heavily on how government agencies can be successful at implementing web 2.0 initiatives by avoiding many of the classic pitfalls associated with adopting and integrating new technology and new online services.

One of the first challenges identified was the need for government agencies to focus on reducing barriers to internal communication. Craig Newmark, the founder of Craigslist who has worked extensively to help Veterans Affairs, noted that “people in the rank and file in any organization know how to get things done” since they are closest to the pain points. “What they need,” Newmark noted, “is a way to get that information to the boss.”

And once the communication channels are open, government agencies will be able to generate great internal innovation. Peter Levin, CTO at Veterans Affairs said that when he was first hired, the Veterans Affairs administration was “a 310,000-person agency that was moribund, adversarial and stovepiped.” Today, it is “people-centric, results-driven and forward-looking.”

For starters, the challenge wasn’t just one of new ideas, but of implementation of those ideas.

“Innovation is not just invention,” Levin said. “Frankly, invention is the easy part. Innovation is about new ideas and Implementation.

The key to implementing change, according to Levin, was the communication inherent in open government. “We’re making big changes just by asking the employees, just by asking the people who already knew how to do the job in the first place.”

For more information on Peter Levin’s session at FedTalks, see Dr. Peter Levin, CTO of the Department of Veterans Affairs spoke about the links between open government, open architecture and innovation.

With ideas flowing and the pathways towards innovation clear, government agencies still need to be mindful to avoid implementing projects that ultimately do not deliver any real value or productivity.

Peter Corbett, founder and CEO of Washington, DC-based iStrategy Labs cautioned the audience by saying, “I’m afraid we’ve all got ‘shiny app syndrome.” The focus is not on building tools and widgets because they can be built. The focus is to answer the question, “How can productivity be enhanced?”

“The goal,” Corbett told the crowd, “is to develop civic innovator networks — groups of developers who are passionate about using data to make people’s lives better.”

And Corbett, who ran an app development contest for the government of the District of Columbia, knows how to build innovator networks. Not only did he help to unlock government data for Washington, DC residents, Corbett also took on the challenge of launching “Apps for the Army,” an app development contest that drew on the coding talents of soldiers to unlock critical information for soliders in the field.

“Everyone told us we were crazy,” he told the FedTalks crowd. “They said ‘soldiers can’t code.'” But within 75 days, 119 soldiers submitted 53 apps, competing for cash prizes. They came up with solutions like an Android app that tracked and quickly shared the locations of IED explosions in Baghdad — something soldiers can use to protect themselves every day.

For more information on Peter Corbett’s session at FedTalks, see iStrategyLabs CEO Peter Corbett took on crowdsourced apps in the cause of government innovation.

Lastly, the FedTalks audience was reminded that results matter.

U.S. Deputy Chief Technology Officer, Andrew McLaughlin cited the healthcare.gov site, which allows consumers to see the costs related to healthcare plans, including what each provider charges and the costs that consumers can expect to pay. Even McLaughlin was surprised, “[healthcare.gov] doesn’t look like a government website, it looks like something out of Silicon Valley.”

And in closing out the conference, Federal CIO Vivek Kundra said that adopting more Gov 2.0 processes have also lead to cost savings. Kundra said, “We’ve halted $20 billion worth of spending on systems that were not producing dividends.”

What’s more, Kundra said that federal agencies have also become more efficient and effective by shifting the focus of acquisitions and IT management “from growing infrastructure to learning how people interact with services.” This change in focus has made it possible to close hundreds of federal data centers. The Department of the Interior, for instance, has gone from operating more than 100 data centers, to operating about 20.

For more information on Vivek Kundra’s session at FedTalks, see Vivek Kundra, CIO of the United States, closed things out by linking the themes of open government, cost savings, efficiency and the democratization of data.

Perhaps the best way to sum-up FedTalks 2010 is when Kundra said that going forward the government’s IT strategy will focus on “finding the innovative path,” using technology to “shift power to the American people.”

And while much of the conference focused on how government was adopting internal technology development, speakers also stressed that there still remain significant opportunities for government contractors to provide innovative solutions and to be a lynchpin in an open government world.

As federal CIO Vivek Kundra said in closing out FedTalks 2010, “there is no way that government employees will ever out-think 310 million American people,” and the way those people come together to offer solutions to the government is through the contracting community.

Gov 2.0 brought together innovators from government and the private sector to
highlight technology and ideas that can be applied to the nation’s great
challenges. The Summit featured discussion in areas such as education,
health care, jobs as well as social media, cloud computing and mobile
technologies.

Below is a replay of tweets and comments made throughout the Gov 2.0 Summit, as well as a collection of pictures from the event. If you did not attend the event, this is an excellent way to get a snapshot of the event, and many of the key issues and thoughts presented over the two-days.