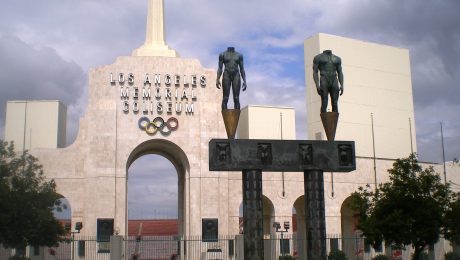 A Star Trek Series Around The Eugenics Wars

This is not an original thought, but in watching my cousin’s recent Facebook discussion about the age old argument (Star Wars vs. Star Trek), I did openly wonder why no Star Trek series was ever created to cover the Eugenics Wars.

For those who may not be aware or for those who have forgotten, the Eugenics Wars would cover the time in Star Trek’s version of Earth history when scientists created a breed of super-humans using genetic engineering, only to have these new stronger, more ruthless, intelligent and ambitious people try to conquer the world. The character of Khan (From the original series episode Space Seed, the motion picture Star Trek II: The Wrath of Khan, and the recent motion picture Star Trek: Into Darkness) was said to have taken over 1/3rd of the planet Earth before being sent into exile.
In my mind, the story-line would go from the scientific development of the super-humans (mixing in some great morality lessons with our current scientific endeavors), evolve through the first wars, followed by what I would consider an intriguing element: a period of time when the scientific achievements of humanity actually reach an all-time high. This would be followed by discontent, a growing rebellion and ultimately, end the series with Khan and his group placed into permanent exile (their exile not recorded in history to ease the strain of war-weary people across the planet).
I know there are books about the Eugenics Wars (The Eugenics Wars: The Rise and Fall of Khan Noonien Singh). There also was a What Culture article about this idea written back in June (Star Trek: 10 Reasons The Eugenics War Would Make A Quality TV Series.
The story, in my opinion, is very timely given our fascination with wearable technology, medical research, health and scientific discovery. It opens all kinds of questions about the moral uses of science. And morality and ethics is at the core of most of the Star Trek stories (I still remember Pam Cote talking about Star Trek as a series of morality plays in English class at CUA).
I’d be curious to hear what others think about this. Is a Star Trek series around the Eugenics Wars a creative idea? Is it something that needs to be developed?