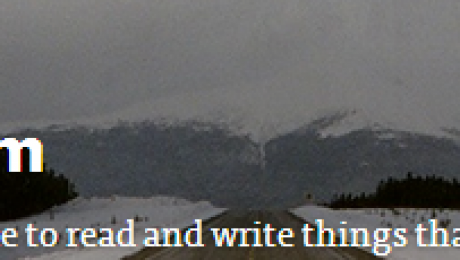 A lot of buzz recently has been how Twitter was faster to alert people around the recent earth quakes than news organizations. This has led to some conversation about Twitter’s business model and potential applications for businesses.

A few weeks ago I had some thoughts about Twitter and its possible development of an emergency alerting tool (I’ll post sometime soon – though I may back-date it) – among other things. However, in reading some recent blog posts, I see Twitter’s ability as a Web 2.0 news and information aggregator as being the immediate advantage because unlike many news organizations – people consider Twitter “faster, unspun” with the negative of news organizations being that they are not participatory or focused on sharing.

WAIT A SECOND! HOLD THE PHONE!

No sooner had the statement about news organizations not being “focused on sharing” sprung forth and into this blog post, than I discovered a news organization mentioned in a blog post that IS using Twitter to reach out to its specific communities and engage people in conversations (I am sure there are many more, btw).

Using Twitter allows reporters, editors and columnists the ability to get real-time stories from people on the ground as well as drive content to people via Twitter, and get specific feeds mentioning their news organization in the different Twitter search engines. So, Twitter is a natural fit for every kind of mass media.

See page where I got the above screen shot at: http://www.nbc4i.com/midwest/cmh/news/nbc4now.html.

The value for radio, tv and newspaper is clear… engage your audience, expand your coverage, grow your audience, and help drive people back to your web properties (where monetization can in many instances occur).

From a marketing perspective, I think a key development strategy (for companies involved in the widget / desktop application space) is integrating Twitter with social communicators / desktop applications / widgets. Doing so would create a “must have” application for news organizations (as well as other markets). Direct Twitter conversations could fuel traffic to radio contests, news / network events, broaden community activism, and much, much more.

As far as emergency managers are concerned, using Twitter within a desktop application or somehow finding a way to convert the Twitter feed (this would take some technical experience with the Twitter API to determine if such an approach were possible) into a CAP (common alerting protocol) message, would create another inbound and outbound communication stream. Alert managers could receive real-time information that could be shared with first responders and others. Likewise, alert managers also could distribute messages via a CAP-based system to Twitter, and thereby reaching their constituents through another touch point. Such an option, for example, would prove enormously useful on a college campus.

In the end, I think the technical and business applications for a simple micro-blogging platform, like Twitter, are starting to come to the head. The question on my mind now is… is Twitter already working with a company on integrating its system with an emergency alert solution, and how many other widget / desktop application / social communicators out there will heed the call and integrate Twitter functionality into their products for the benefit of their customers.