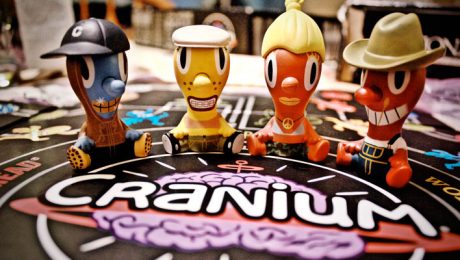 In an effort to compile a good list of games for teenagers, I’ve created three categories: Video Games and Apps, Board Games, and Party Games. You can access the different selections via the toggle menus below.

While this is not an exhaustive list, there should be enough in each category to give parents and teens something to choose from depending on where you are and what mood you are in.

I do want to add as a caveat that while we have a tendency to think of games in these three categories, the one common thread missing from each is outdoor physical activity. Apart from being good for us,recreational games also have a great deal of educational benefit. And while that is a post for another day, I do want parents and teenagers to consider both indoor and outdoor games when looking for fun activities.

Angry Birds is perhaps one of the most popular mobile app games in recent history. Its themes include space, basketball, Star Wars and Transformers. Each player controls a group of birds, each with its own powers and capabilities. The goal is to knock off pigs who have stolen your eggs, either by destroying buildings and objects or hitting the pigs directly. The version that takes place in space adds the element of gravity, and allows you to sling-shot birds around planets to hit their targets. The levels get progressively more difficult and the scenery is constantly changing making it a game you can easily play for hours.

Heads Up is a modern app version of a game people used to play with index cards. You hold your phone by your forehead so everyone else can see the screen, but you cannot. The screen will have the name of an actor, musician, or something else – and you need to guess what’s on the card before the timer runs out.

ZigZag is a simple game where you control a ball and need to stay on the wall as the wall zigs and zags. The goal is to move along as long as possible using your fingers or tablet to change direction.

Amazing Brick is one of the simplest games available – in terms of its objective and design. To me, it is reminiscent of an old Atari game that might have been played in the 1980s. But teenagers find it incredibly addictive and challenging, and compete against one another by sharing their best scores. You have a small cube and each tap causes it to jump. You need to jump through openings without coming into contact with barriers or the wall.

Trivia Crack is a very popular trivia game. You spin a wheel that is divided into seven categories: Art, Science, Sports, Entertainment, Geography, and History. There is one special category that is unnamed. The wheel stops on a category and you then need to answer a question. Every correct answer earns you a character. In competing against others, the first to complete all sections wins.

Words With Friends is popular with teens and adults. It is very similar to Scrabble. You get a series of letters and have to make words. It helps you build your vocabulary in a challenging and fun way.

Tetris was created by Alexey Pajitnov in 1984 in the Soviet Union. Over time, Tetris evolved. Since becoming a video game Tetris has sold more than 100 million copies, and has seen hundreds of millions of spin-offs, making it one of the most popular video games in the history of the world. Tetris requires a player to rotate, move, and drop a series of colored blocks that appear in different shapes into a rectangular container. A player’s goal is to fill the bottom line without empty spaces. Once the line is filled, is disappears. Of course, the shapes keep falling and the screen also moves down – making it more of a challenge. If the blocks go above the top of the container – the game is over. Tetris requires strategy and quick thinking.

Drop7 is a puzzle game. It is often said to combine Tetris and Sudoku. Drop7 uses discs with numbers that are placed on a grid. When the number on a disc matches the number of nearby discs in a row or column, that disc disappears and also hits any blank discs it touches. It has been a popular game, though the recent inclusion of ads has soured some users.

Minecraft is a cubed online world that allows people to create and experience new things. It comes in two settings: creating and survival. The game has become so popular that spin-off product lines have been developed, including mini-action figures and structures that kids can play – bringing the virtual experience into the real world.

Super Mario Bros is a game invented by Nintendo in 1985. The game sold more than 40 million copies, but the addition of other versions, including mobile and Wii, Super Mario World and Land, Mario Kart and more, brings the total number of copies sold for this franchise to an excess of 120 million.

Dungeons and Dragons (or D&D) is a classic fantasy role-playing game that has evolved over the years into a board game and video game. In D&D each player has a character, who takes on different adventures. A Dungeon Master organizes the game, referees, and tells the story. It was invented in the 1970s, and modernized in recent years.

Say Anything is a great party game for teenagers, because it mixes trivia and betting. A question is asked and everyone writes down an answer. Then each player has to guess what answer was chosen by the person who asked the question.

STOP is one of my favorite games. Best of all, you only need paper, something to write with, and your mind. You can play as individuals or in teams. Here is how the game works. One person serves as time-keeper and moderator. Before the game starts, the person silently says the alphabet in his/her head until someone says “Stop!” Then everyone gets out a piece of paper and creates categories such as: actor, actress, novel, city, country, geography (eg, rivers, mountains, etc.), movie, television show, song, food, drink, sport, science, plant, animal, and however many more the group decides. Once everyone has the categories written on paper, the time keeper announces the letter and says “Go!” From that moment on everyone needs to try to fill in every category with something that starts with the letter chosen. The first person who completes all categories yells, “Stop!” Everyone shares their answers to validate and a score is assigned to each person. A time-keeper is chosen at random and the game repeats.
Amazing BrickAngry BirdsAppsBoard GamesDrop 7Heads UpMincraftPlants vs. ZombiesStopSuper Mario BrosTetrisTrivia CrackWords With FriendsZigZag
Read more
No Comments