Cloud Trends In The Federal Market 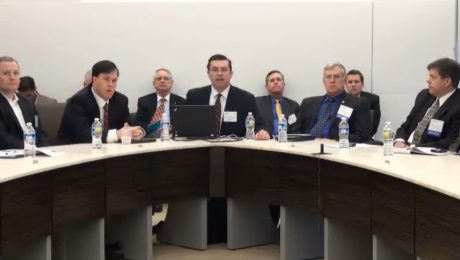 I had the opportunity in the early spring of 2012, to put together and moderate a panel on “Cloud Trends In The Federal Market” while I was at GovWin.com.

The federal government’s move to the cloud is ongoing. We see both the private and public sector using cloud technology to improve storage and data accessibility. The issue of data security, as with all platforms, remains of vital importance. In the case of government adoption, it is not just security and technology that are issues, but culture and process as well.

During this Virtual Roundtable Webinar, the distinguished panel of experts that I organized explore the challenges government agencies and contractors are facing with adoption of cloud technology, as well as the opportunities for 2012 and the government’s own success stories.

Cloud Trends In The Federal Market from GovWin on Vimeo.

Michael Fox of Carpathia Hosting Discusses the Cloud and Security 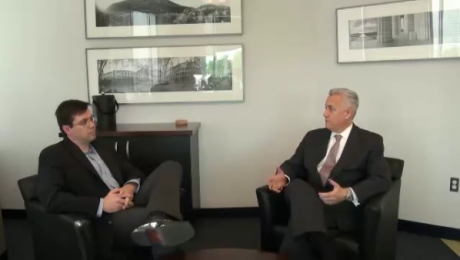 With so much buzz around cloud computing and server security, I went where GovWin, the government and countless other companies go to get answers: Carpathia Hosting.

Michael Fox, director of public sector for Carpathia, and I had a chance last month to sit down and talk at their headquarters in Dulles, Virginia. I asked what he thinks about government cloud initiatives and what Carpathia is doing in the government space.

Is the cloud a fad? Is cost efficiency a driver for success? What about security? Hear Fox’s response in the embedded video below:

Carpathia Hosting is a leading provider of managed hosting services, delivering secure, reliable and compliant IT infrastructure and management for some of the world’s most demanding enterprises and federal agencies.

I was aware of Carpathia before I joined GovWin.com, and even prior to my days as a technology reporter for dcTechSource. Carpathia has a strong reputation in the Washington, D.C., region as a hosting and cloud provider and technology leader.

The company was founded in 2003, and has grown to provide enterprise hosting solutions including collocation, managed services and cloud computing. 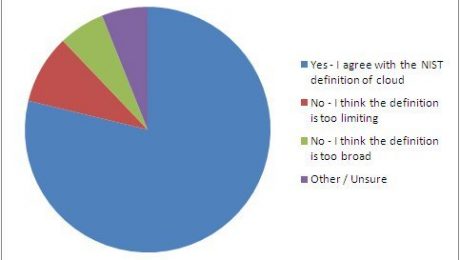 The Opportunity to Ask is Now: Cloud and Cybersecurity

As part of the Virtual Executive Roundtable series that we started at GovWin.com, we have put together two outstanding panels of experts – one to cover the government’s cloud initiatives (February 16) and another to address the new programs and efforts to enhance cybersecurity (March 9).

But going beyond forming a panel of leading cloud and cybersecurity speakers, we decided to try something a little different with these roundtables. Instead of having the audience sit and watch a long series of slides and data, we have decided to get more people involved and help drive the flow of the conversation – before, during and after the event.

The process is simple. Just register for the events (registration is free). And then post questions in our Q&A forum. When the event is LIVE, submit additional questions and answer polls. Then following the event we will keep the conversation going with our panel, provide an event recap and video, and explore the topics and issues we need to address next.

TO THE CLOUD! GOVERNMENT CLOUD INITIATIVES